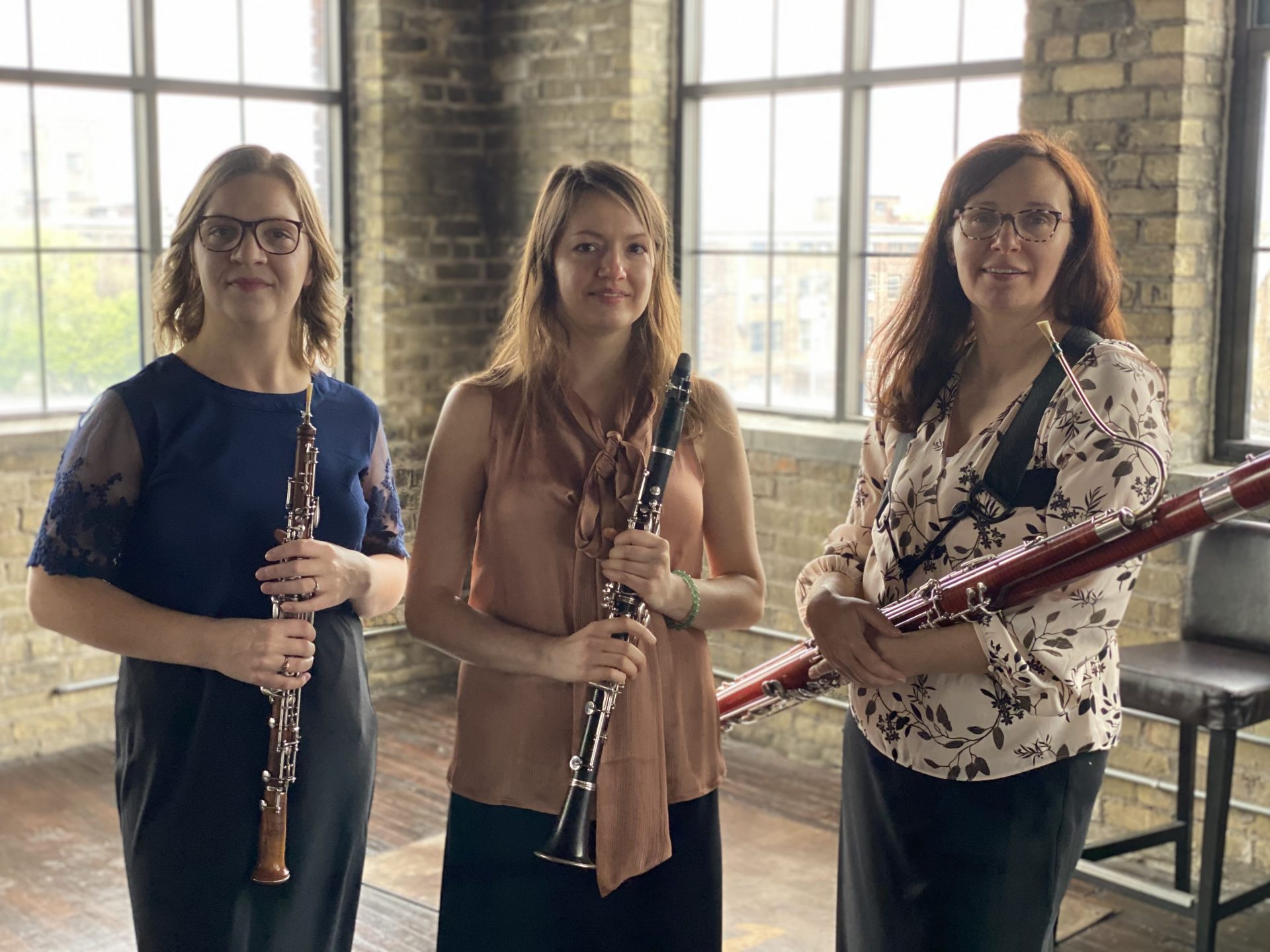 Marta Troicki has extensive experience as a solo, chamber and orchestral musician, which took her to many places in the United States and around the world. Her musical journey started in her native Poland and continued in New York where she enjoyed performing with New York Choral Society Orchestra, Queensborough Symphony Orchestra, and Five: a Woodwind Quintet.

She has performed at numerous locations, including the Carnegie Music Hall in New York City and with the Arab Emirates Philharmonic Orchestra in Dubai. She has held a principal bassoon position with Pittsburgh Live Chamber Orchestra, among others. She is an active soloist who has performed numerous times with the Metropolitan Symphony Orchestra and the Kenwood Symphony Orchestra in Minneapolis. Outside of performing as a soloist and recitalist, Marta is an active chamber musician; she is the founder and artistic director of Sonora Winds, an all women chamber ensemble.

Marta lives in Edina with her husband and three kids.

A native of Northern Minnesota, Madeline Miller works in the Duluth-Superior area as a freelance oboist, private teacher, and reed-maker. As part of her teaching career, she presently teaches oboe and English horn at the University of Wisconsin- Superior (UWS). Madeline frequently plays with many local music ensembles including the Twin Ports Wind Orchestra, North Shore Philharmonic, Mesabi Orchestra, Northern Lights Music Festival Orchestra, Lake Superior Chamber Orchestra, and the Duluth Superior Symphony Orchestra. Beyond the Twin Ports area, Madeline has performed with the Itasca, Kenwood, and Mankato Symphonies.

Adding balance and versatility to her musicianship, Madeline also plays saxophone. During her undergraduate degree she studied both classical and jazz music with Theodore Schoen and obtained a minor in Jazz Studies from the University of Minnesota- Duluth.

Madeline received inspiration at a young age from her parents, both professional musicians and educators. She attended the University of Minnesota- Duluth to study with Laurie Van Brunt (Florida Symphony, Duluth Superior Symphony Orchestra). Madeline continued her education at the University of Minnesota- Twin Cities where she completed her MM with John Snow of the Minnesota Orchestra. She has also studied privately with Joseph Peters (North Carolina Symphony).

Since her graduation in 2019, Madeline has been working with the Minneapolis-based Sonora Winds Trio to perform Polish chamber music, among other engaging programs. Sonora’s mission is to present unique music through outreach and education to audiences of all varieties. The group is excited to continue performing throughout the state and around the country. Outside of her musical endeavors, Madeline enjoys spending time at her family cabin in Ely, MN with her husband Chase and their cat, Mizza. The Millers welcomed their son, Wilbur in October 2020 and look forward to going on many adventures with him.

Described as a clarinetist with ”fluid technical mastery of her instrument and delightfully liquid phrasing”, Anastasiya Nyzkodub is an active solo, chamber, orchestral musician and music educator. She currently teaches at the Rubinstein Music Academy, Crescendo School of Music and maintains a private clarinet studio in the Twin Cities.