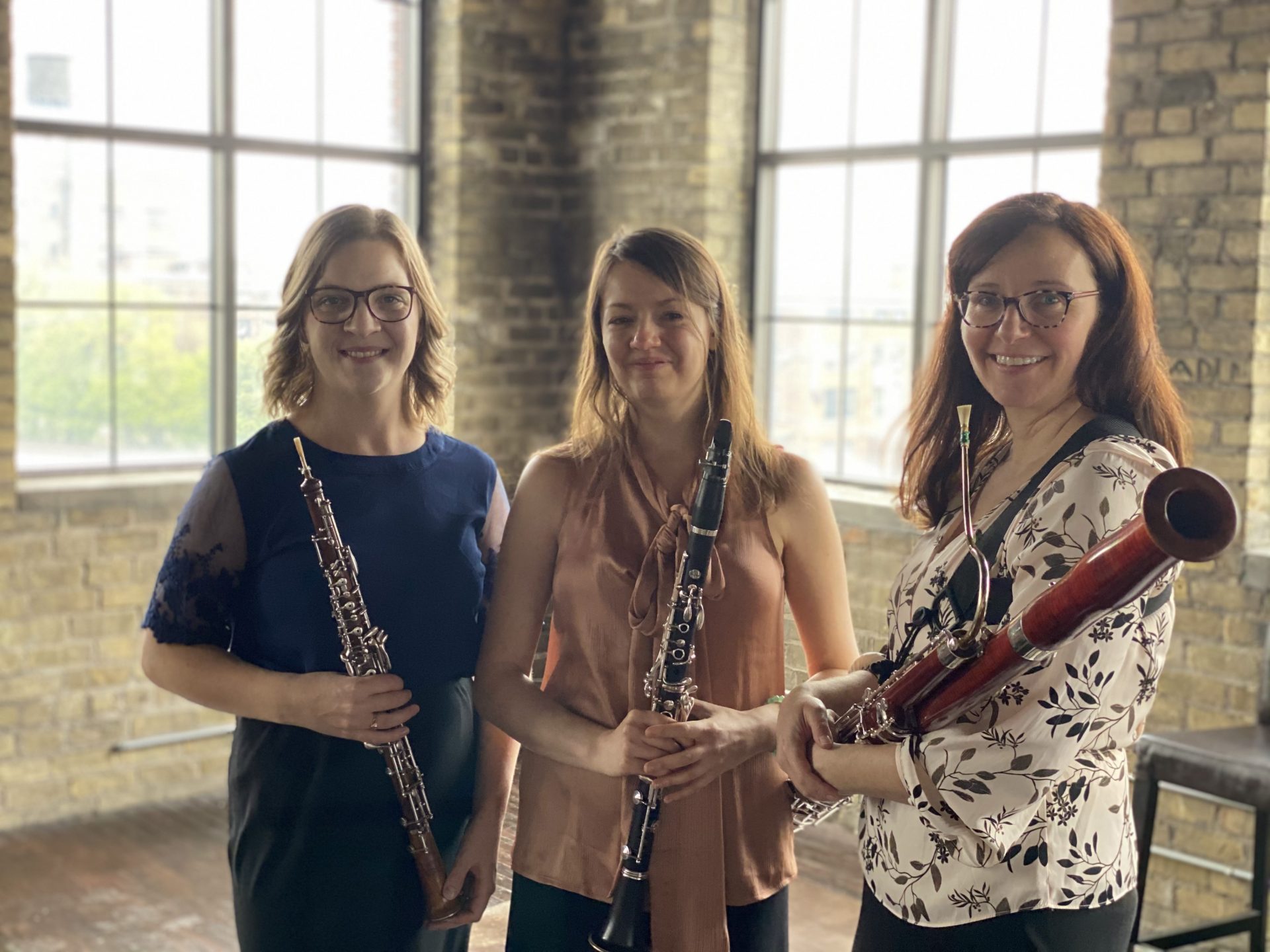 Sonora Winds, a Twin Cities-based woodwind chamber group, believes that access to excellent classical music enriches lives. By presenting unique music through outreach and education, living composers and well-known standards can be discovered, rediscovered, and appreciated on an intellectual and emotional level. By performing and discussing programs, the musicians of Sonora winds can stimulate, enrich, and impact varied audiences.

In 2016 the Sonora Winds formed starting as a group of musicians all with a passion to explore chamber works that are rarely performed and have never been recorded. This shared interest spawned a host of concerts at colleges, public schools, churches, and retirement communities in the Twin Cities and throughout Minnesota. Some of the group’s early performance locations include St. Olaf College, University of Minnesota campuses in the Twin Cities and in Duluth, and Edina Public Schools.

As the ensemble solidified and grew in recognition, their repertoire became more specific. Sonora’s bassoonist, Marta, was inspired by her Polish heritage to uncover little-known chamber music by Polish composers. The group’s growing specialty in Polish music led to their invitation to perform at the Polish Festival in Minneapolis and the Polish Independence Gala in 2018. Not long after, the decision was made to record and release their first CD, “From Shadow to Light.” This album features woodwind trio and quartet works by six 20th Century Polish composers: Baird, Garścia, Lutosławski, Szałowski, Walentynowicz, and Źuławski. Upon the CD’s launch, the Sonora Winds were met with praise from numerous critics, including Joel C. Thompson of Cherry Grove Music, “Their music comes alive through the skillful, talented soulful playing and as a tribute to both the composers and the musicians, the state-of-the-art MSR recording brings the clear, resonate sounds of the instruments to the ears of the listener as if the works were being performed live.”

The Sonora Winds continued their momentum as they received two major grants in 2019: the University of Minnesota Travel Grant and the Metropolitan Regional Arts Council Project Support Grant. The University of MN grant enabled the trio to tour Texas in fall 2019, playing and teaching at 3 Colleges, including Baylor University in Waco. The Arts Council Grant is presently playing-out through 2020 as the group will share music through 8 concerts at several Minnesota retirement communities.

In addition to the Arts Council project, the Sonora Winds were looking forward to a busy 2020 of many performances. In January, the trio was thrilled to participate at Chamber Music America’s conference in New York City and share their Polish program. In June they were invited to showcase an expanded version of this program at the International Double Reed Society Conference. The conference unfortunately was cancelled due to COVID. They will present this program at the virtual IDRS Conference of 2021.

The three women of the Sonora Winds, Madeline Miller (oboe), Anastasiya Nyzkodub (clarinet), and Marta Troicki (bassoon), are continually searching for new repertoire that will entertain and educate. Recently they have commissioned two works by two different composers. Composer Maciej Małecki wrote “Four Stories” which will be premiered through a virtual performance in May of 2021. Composer Barbara Jaźwiński is currently writing “The Dreams of Vagabond Winds”, which she described as highly virtuosic, exploring idiomatic, coloristic and textural characteristics of the three instruments in different registers and in different dynamic levels. This composition will be premiered in the fall of 2021.

SONORA WINDS was formed in 2016 with the goal of bringing accessible, lesser-known music to audiences through transformative performance experiences. Sonora wants their patrons to discover and re-discover works that are worth hearing, but got lost in the midst of standardized performance programs. The group embarked on a recording project supported in part by grants from the Polish American Institute of Minnesota, and the Twin Cities Polish Festival to bring to the forefront lesser-known and some never recorded chamber music by Polish composers. The project brought three different instrument combinations onto one recording. The CD has been released this fall 2019 by MSR Classics Discover label. Following the recording, the group concentrated on programming in different venues across Minnesota and Wisconsin. Also in the fall of 2019, Sonora was a recipient of a Travel Grant from University of Minnesota to tour Texas. At the same time, the Metropolitan Regional Arts Council supported Sonora’s community engagement efforts through Arts Project Support Grant to create a chamber concert series in retirement communities across St. Paul. Sonora Winds have been invited and performed at Chamber Music America’s Conference 2020 in NYC and International Double Reed Society Virtual Conference 2021.